After getting up bright and early yesterday, we did some super-strength engine checks (basically the same as every day but we thought about them a lot), tidied up and then realised that we’d perhaps got up a little too early as everything was done and there was no sign of the pilots. Finally the clock ticked round to 6.30am and Daryl (lead pilot) appeared with Andrew (co-pilot). We lucked out and got Andrew on board for the journey and so were boat number four of five in our little procession across the sea. 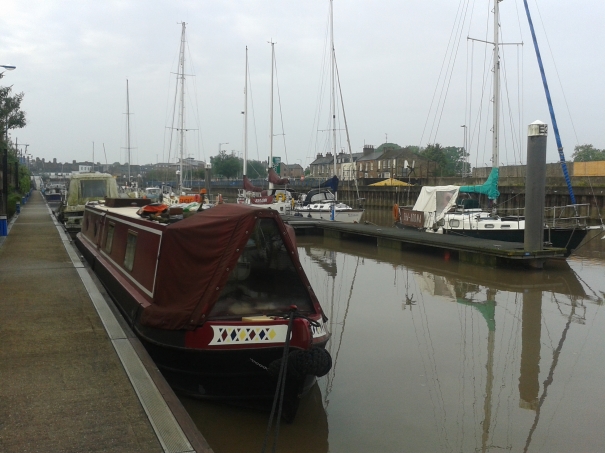 The first leg from Wisbech to the Wash was a straight and uneventful 12 miles. Tom was, I think, finding it all a little dull, so he handed the tiller over to me shortly after we passed under Sutton Bridge, just in time for some crazy “lumpy water” to appear. We could see waves slamming into the bow of the boats in front and we could feel ourselves moving around a lot. With a rather studied pretence at casual chat, Tom mentioned to Andrew that this reminded him of when we went up the tidal Thames. Andrew replied “Oh yes? Well wait until you get out onto the Wash proper.” I tightened my lips and thought of England, watching anxiously as the waters opened up in front of us. Suddenly we were out, following a slalom-like narrow channel marked by buoys, and I realised that the water had calmed down. It was all an elaborate wind up. It was going to be a calm crossing. 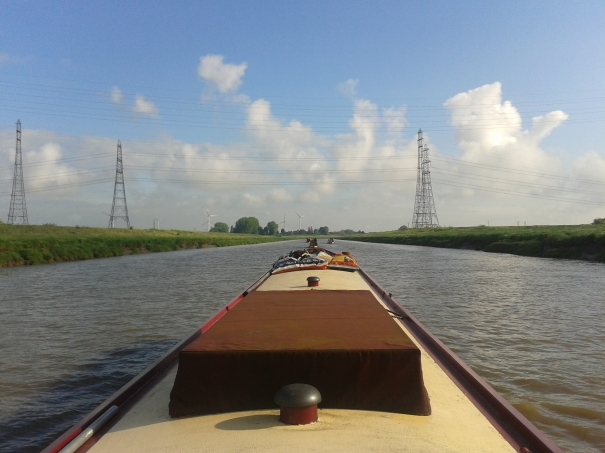 Heading out from Wisbech in convoy. Passing the power station.

This lighthouse was once owned by Peter Scott, bird conservationist and first husband of Elizabeth Jane Howard. 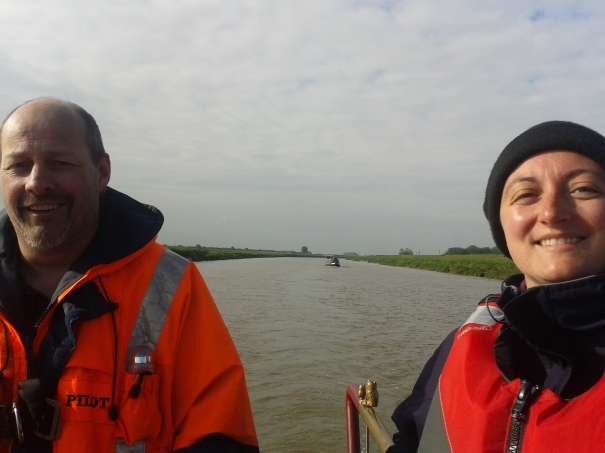 With Andrew our pilot for the day

You’d think we could cut straight across to Boston right? Oh no. There are RAF firing ranges, sandbanks and shallow water in the way. We stuck to marked channels and headed out, out, out to sea for what felt like forever, then turned left and headed back in along another channel to Boston. So our course actually looked something like this:

Along the way, we had a few sights for company: RAF fighter planes looping overhead, fishing ships, a big ship anchored and waiting for the tides to rise so they could head into port, the ever-present sight of the Boston Stump far off on land, seals sunbathing on the sands, wrecked ships everywhere (encouraging!), birds overhead and green and red buoys to keep us on track. The channel we followed required us to do a few tight turns – Daryl had told us in the pre-departure briefing that we needed to follow close behind him when he crabbed against the tide. I nodded confidently and said of course, despite not having a clue what he was talking about. Luckily Andrew was on board and could tell me where to point the boat so that we stayed on course and didn’t drift out into shallow water. 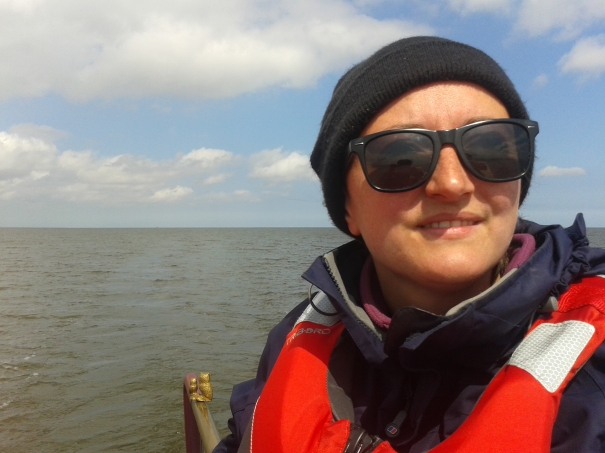 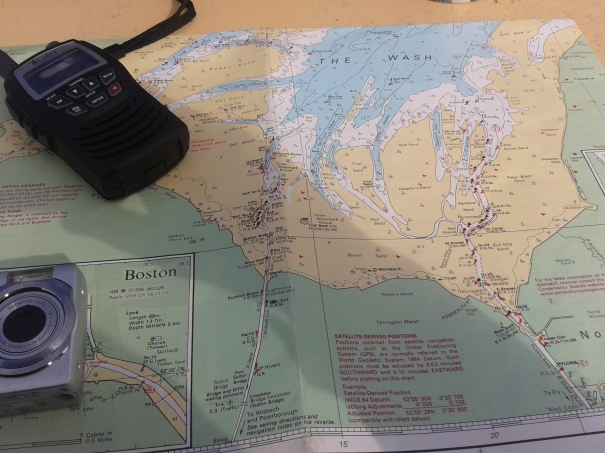 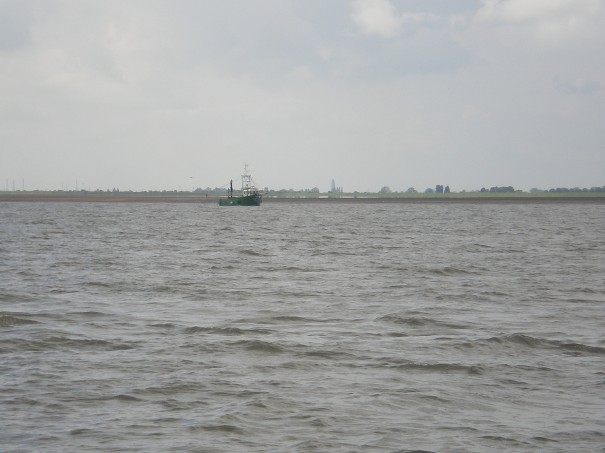 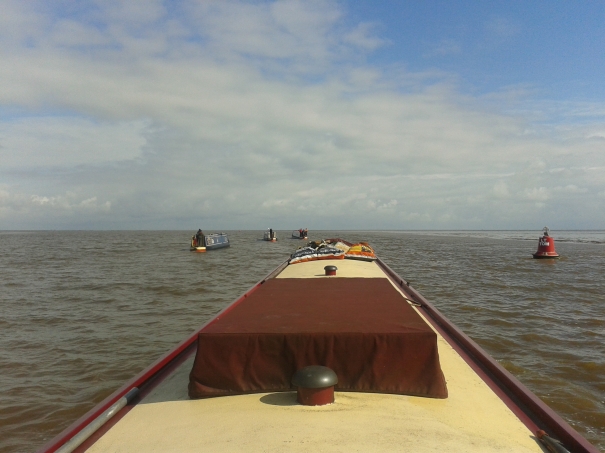 Little Tom buoy off to the right! 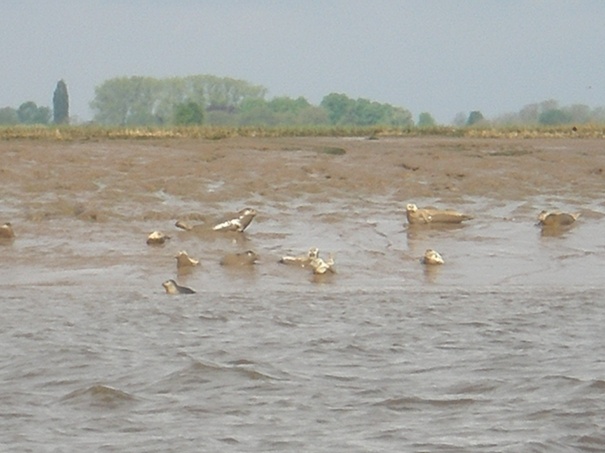 At around 12.30, after five hours on the go, the boats in front suddenly did a great big loop-di-loop and charged into Roger Sands. Like lemmings, we followed. The boat ran aground and we were able to get off and stretch our legs for half an hour.

All the boats moving in a circle!

Deliberately running ourselves aground.

Beached and ready for lunch. In other news, I discovered a hole in my wellies when jumping into the sea. Oh dear.

A quick lunch and we were back on board for the final leg into Boston. Here the channels are wide and straight and the wind was with us, so it was in fact even calmer than it had been before. We had to wait at Boston Lock for the level of the tide to be exactly equal to that of the river Witham – when it was, the lock keeper opened both gates and we stormed through to the safety of non-tidal, freshwater waterways. 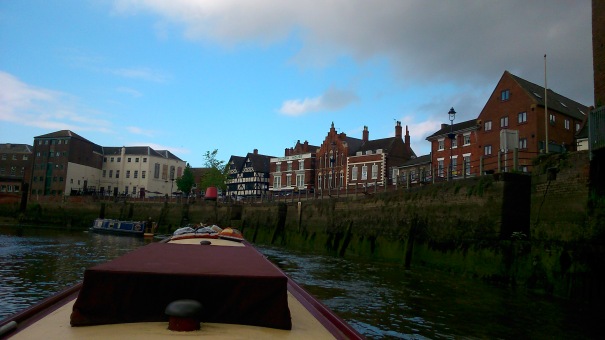 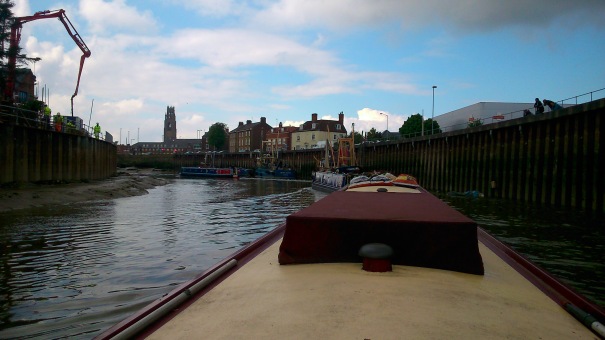 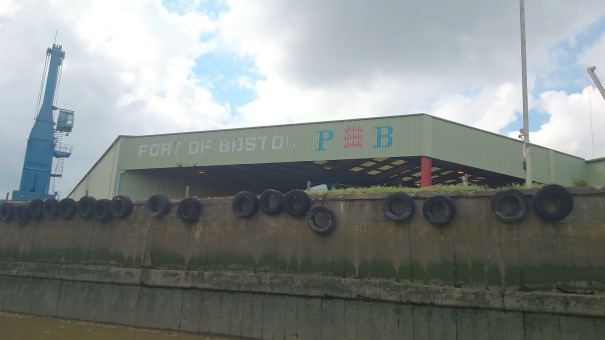 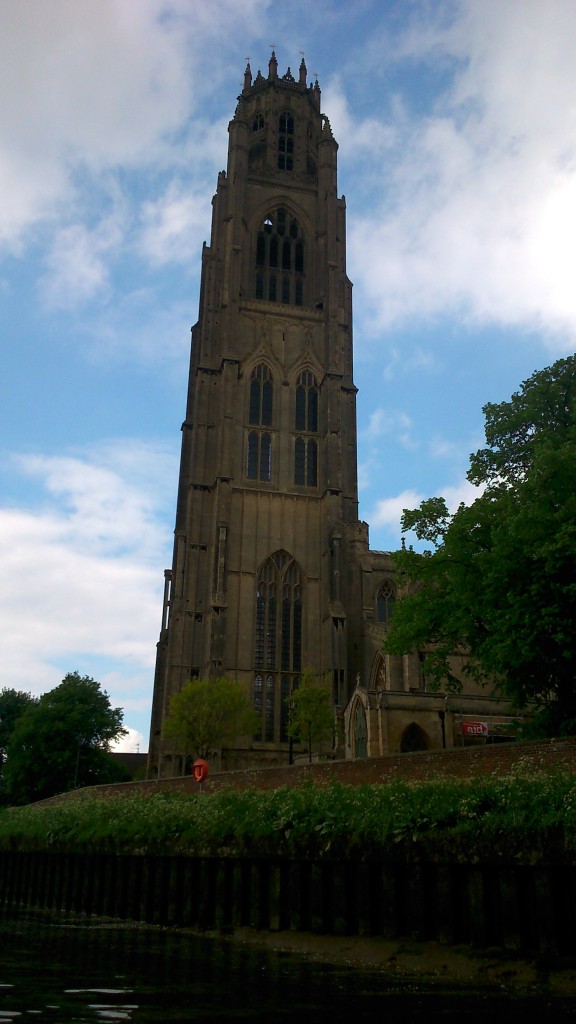 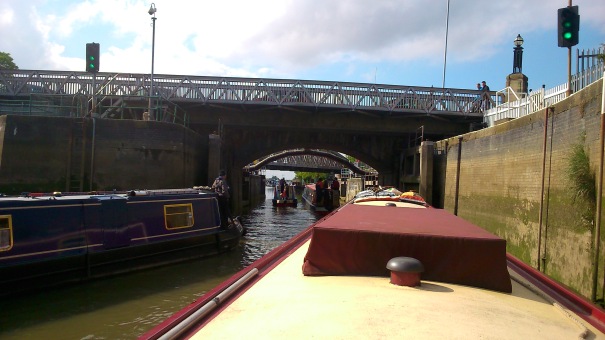 Five narrowboats trying to fit through Boston lock all at once

Our friends on Ebony Number 1, who made the same crossing a few weeks ago, had a much, much rougher time of things. I have to confess I’m very grateful nobody broke down, or had problems with their water. I like my sea crossings smooth and simple. And before anyone asks, no, I am not tempted to take Felucca across the channel, unless she’s on the back of a lorry!

Finally, for your viewing pleasure, a little video with commentary taken during the journey. Enjoy. 🙂

5 comments on “The Wash Up”