[Ed’s note: written over a week ago, half-way through her stay with us, but only posted now because of a perfect storm of poor internet reception and sloth. Sorry Sophie!]

I am two-thirds of the way through my week aboard the Felucca, and hoping that the (medicinal) G&T in Milnsbridge will alleviate my land sickness enough to stagger back to the boat. Apparently the number of days I’ve been on the canals tallies with the number of days it took Tom and Em to lose their landlegs. I’m told it’ll get better, probably just in time for the train ride home.

Since arriving in Castleford on Saturday – and yes, I do say ‘cassel’ rather than caahsstel – my 11 months in Newcastle taught me that much at least – I’ve tried out a number of roles. Guest, official ‘boatographer’, volunteer galley slave, resident botanist and now, guest blogger.

The resident botanist came first. I’ve been enjoying using the excellent Collins New Generation Guide to the Wildflowers of Britain and N Europe to identify canal-side flora. I took up the role with gusto, becoming so absorbed in researching the names of the flowers I’d seen that Emily was worried that something was up. But the only thing that was making me so uncharacteristically quiet was the quest to name the flowers we’d seen so far.

And so I have, I think. Corrections welcome. 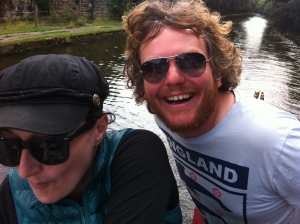 Captain and cabin slave. But which one’s which? 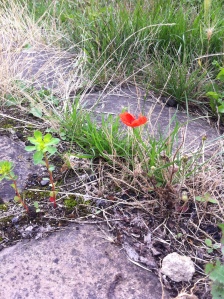 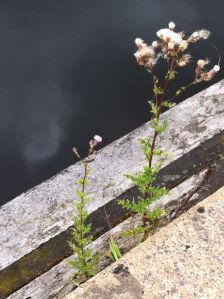