I do like a moving bridge. The canal system has many and they are interesting and varied. Some go up like a drawbridge. Others rotate on a turntable. Some are enormous and only need to be swung for boats with masts. Some are on fairly significant roads so are equipped with barriers and beeping traffic lights.

In East Yorkshire there’s even a swing bridge which a railway crosses and boaters must consult a train timetable before opening it!

Sean opens a lift bridge on the Stratford canal

Big old bridge on the Weaver

The child in me likes stopping the traffic. The engineer in me likes the different clever designs. The historian in me likes to wonder why they chose different styles on different canals. Here on the Leeds and Liverpool, they have back-breaking steel and concrete swing bridges.

Only swing when you're winning

Yesterday, we reached this one. Turns out there’s a drawback to all those lovely swing bridges after all. 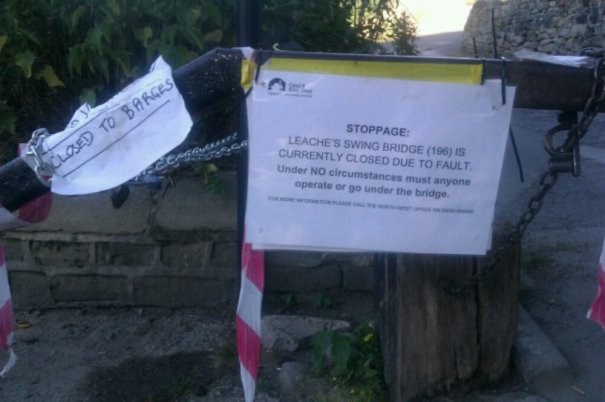 There is a broken pintle and the canal is shut. Men are on the scene and luckily, it’s looking like it might possibly reopen later today, possibly mate, though I can’t promise anything.

So as we’re stuck, it’s time for a quick update after frankly neglecting the blog in the lovely weather the last week or two.

We have been cruising the Leeds and Liverpool canal, the longest canal in the country if you don’t count the Grand Union which started off as several canals later spliced together.

We began at Wigan where we were aided through the vast temperamental locks, strewn with shopping trolleys and sagging from mining subsidence, by nick and Katie on the bank, and dave and Vera from Glastonbury in their boat Tor.

After a brief burst of rural Lancashire, we tackled the twin old cotton towns of Blackburn and Burnley. The locks are hard work, the canal lined by decaying mills, and brimming with bin bags, furniture, clothing, and metal.

But then you emerge into the stunning pennines and it all gets rather wonderful. Through the beautiful locks at Barrowford and Greenberfield and the tunnel at Foulridge. The moors and hills all around, the villages built from yellow Yorkshire stone.

The beer is splendid, the pies splendider, the sunshine and blue skies blessing all with jolly bonhomie.

There’s an incongruous but more than passing resemblance with Italy: the sunshine, the little pennine hill villages, the delicious ice cream they’re partial to up here. And the canal is positively venetian in parts! 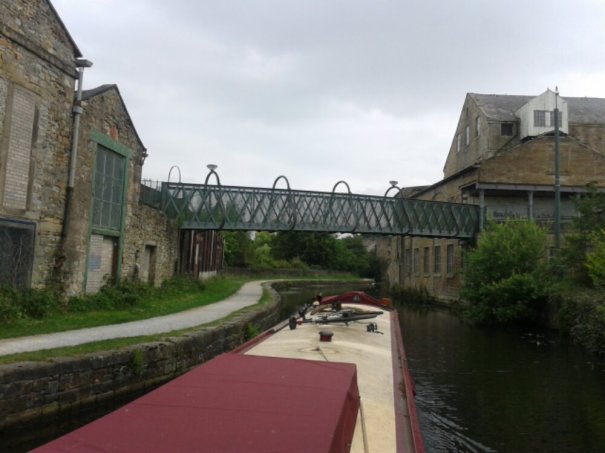 I stood in Burnley on the Bridge of Sighs, a factory and a warehouse on each hand

The northernmost point is delightful Skipton. Pubs, market, shops, castle, pies, an original Shakespeare portfolio, with the moors all around. It’s got it all; you could linger for a while there, and we did: perhaps the most pleasant town on our travels so far.

So now we’re heading back down through the pennines, southeast towards Leeds, with some fascinating staircase locks ahead.. as and when they fix that bridge!

Marooned in a wooded glade 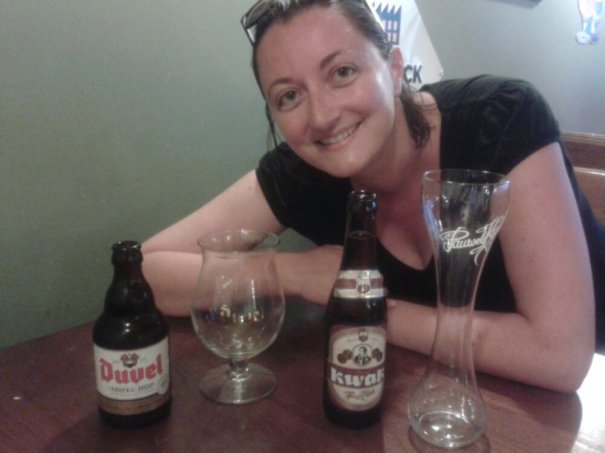 Beer from Belgium in Yorkshire pub 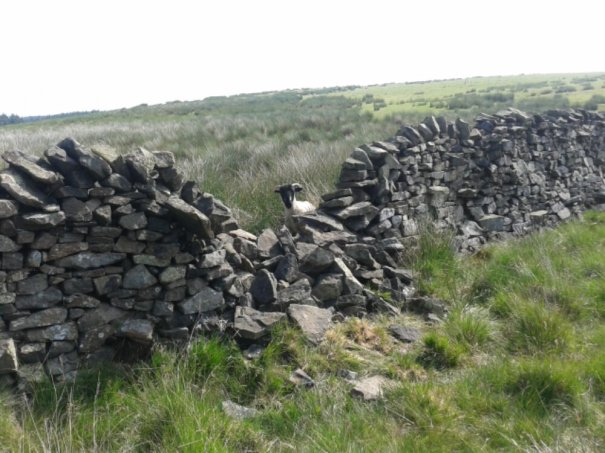